The clamping unit Ratio-Clamp® operates by the friction force principle.

As long as the hydraulic release pressure is applied, the rod can move freely in both directions. Only the friction force of the sealing elements have to be overcome. 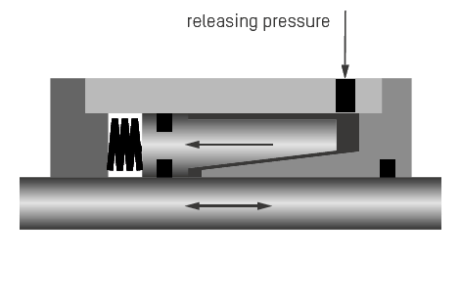 If the release pressure is removed, the force stored in the springs is released and causes the rod to be clamped.

This occurs either due to an intended reduction in pressure or where the hydraulic system suffers a loss of pressure through an emergency switch off, power loss or damage to the system. 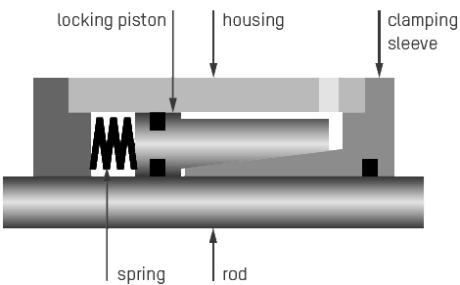 The clamping is retained for an unlimited period and without a separate power supply. The clamp is opened by the release pressure and the piston rod can again move freely.

The clamping unit Ratio-Clamp® is not a brake and must not be operated as such in continuous operation. In the event of an occasional accident, e.g. an emergency stop, braking out of motion with short slipping is also permitted.